About » Allway Tools, Inc. The Tools You Ask For By Name 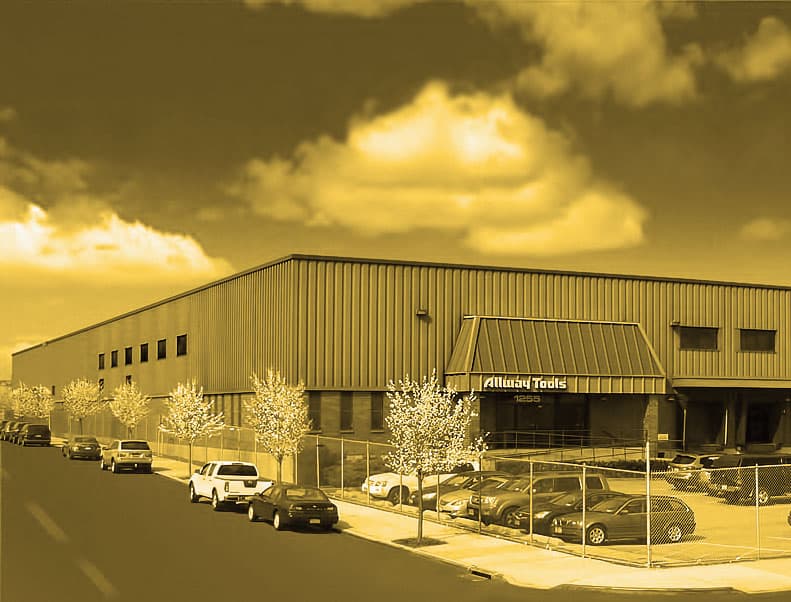 Founded in 1935 by Louis Gringer, father of Chairman Donald Gringer, Allway started with a concept for a pistol grip hacksaw purchased from a customer in lieu of payment of his account at the family hardware store in New York. As the son tells it, his father then designed a four-way keyhole saw, called the All-Way Handy Saw because the blade locked in four different positions. The name was so closely associated with the company that it was eventually adopted, although the company was originally known as the Ultra Mfg. Co.

Donald Gringer came onboard in the 1950s, with an engineering degree and expertise in product design. He started inventing allied products for the worldwide distribution Allway enjoys today.

Allway is located in the Bronx, New York. Around 2005, it completed construction of its current facilities which doubled its size to 80,000 square feet. The state-of-the-art plant features complete research and development, CAD design, manufacturing, warehousing, shipping and administrative facilities.

It all started for Allway Tools in the 1930s with a single product idea. Since then, the company has continued its tradition of technological innovation, high quality, and meeting the demand for value-added products from dealers, contractors and consumers. Decades later, Allway continues to stay ahead of the curve in technology and tool design, and now has more than 100 patented products, among the hundreds of SKUs in its line.

Allway’s niche is paint sundries. But the Allway product mix is actually broader than that label suggests. Besides paint scrapers and other removal tools, the line includes blades and utility knives, and specialized tools for drywall, wallcoverings, ceramic tile, masonry and flooring.

The thrust of the industrial world has been ergonomic product designs to reduce fatigue and on-the-job injuries such as carpal tunnel syndrome. In response to this demand, Allway currently offers a large selection of soft-handle products, having retrofitted established items and incorporated ergonomic features into new products for easier, faster, and more efficient use with less stress and less possibility of injury.

Allway’s leadership in safety knives has prompted risk management departments at a number of Fortune 500 companies to incorporate such items into office and warehouse use for reduced incidence of minor accidents, therefore lowering their workmen’s compensation costs.